Is Your Website ADA Compliant, Should you Actually be Worried? The Americans with Disabilities Act (ADA) was passed as a civil rights law which would allow people with disabilities equal access to online opportunities, information and facilities. Many of us might know that the act is applicable for various physical structures and barriers, such as while constructing the door widths, threshold heights, ramp angles and more. However, what about websites?
Yes, and some companies have spent much money defending or settling lawsuits claiming the design of their website violates the guidelines on the protections offered under the ADA.

The ADA was first enacted in 1990, which was much before the Internet was available to the public. For this, there were no mention of websites and the need for accessibility to the online content.
After Netscape was launched in 1994, Internet Explorer and Yahoo! in 1995, and Google in 1998, the ADA was further amended. However, it still did not explicitly mention the address of the websites. This created ambiguity and complicated the situation for businesses. That being said, today Title III of the ADA applies to what is termed as “Public Accommodations” and includes the markets where the companies are required to take reasonable steps in designing their website so that people with vision, hearing and speech disabilities can navigate effectively.
The federal agency accountable for implementing the ADA, The Department of Justice (DOJ), has long taken the position that the ADA will apply to business and company websites and the verdict was mostly agreed upon. Upon failing to abide by this, the DOJ settled with Target Corporation for $6,000,000 in damages and almost $4,000,000 in attorney’s fees in one of the high profile cases.

However, there are arguments which say the ADA should only apply to businesses which have a physical location or are only selling products or services online. This is because the cost of defending a lawsuit makes website accessibility a huge issue for all businesses.

However, the DOJ is not the only concern. The Target settlement spawned an industry of organisations and attorneys who pursue claims and solutions against businesses with websites which appear to be not per with the ADA compliance. However, these are not the corporations with deep pockets which are being targeted; some Monterey County agriculture businesses have faced mid-five-figure settlement demands.

There is no such thing as ADA Compliance

Even though Google ADA Website Compliance received more than 11,000,000 responses, yet there are no regulatory or legal standards one can follow to secure the ADA compliance. However, there are ways to limit any legal exposure.

“Because of the lack of prescriptive regulations, there is no legal safe-harbour or guarantee that a website is compliant with accessibility laws. However, following the available guidelines for designing accessible websites and demonstrating a sincere effort, is an effective way to make your company less of a target for lawsuits,” said Stephen D. Pahl, an attorney with Pahl & McCay in San Jose.

That being said, the good news is any business or company planning to develop a new website, if they abide by the guidelines of the ADA can get the best Search Engine Optimization (SEO) results. This is for the fact that it upholds the best practices for website designing, programming and SEO techniques.
If the guidelines for accessibility are taken into consideration at the early stages of website design, it would not add much to the expense of the website development in the later stages and equally frees them from the risk of any anti-complaint issues.

After all these discussions, it’s clear by now that accessible websites are no longer a free idea. Depending on how an existing website was designed or programmed, it can be possible to retroactively fix many of the accessibility issues of developing without radically redesigning the site, though a significant overhaul could also be required.
For instance, the WordPress platform, which is one of the most popular CMS is used to create an estimated of 25 per cent of all websites, has many features available in the core software which can be successfully configured by a programmer as well as developer to make sites more accessible. Also, there are some of the plug-ins, which when used carefully can provide key functionality on a WordPress site which otherwise might not be deemed affordable.

A thorough evaluation of any website’s design and programming code by a well-versed developer who has complete knowledge on accessibility issues can afford an understanding of the alternatives. However, because of evolving technologies and the proliferation of mobile devices, if an existent site is more than five years old, it might be better to consider redesigning the website completely to improve the overall functionality and accessibility.

Not all websites can deliver an acceptable level of accessibility, particularly the ones developed on some low-cost templated systems. The massively advertised Wix.com website, for instance, states, “Currently, it is not possible to create an ADA compliant site with Wix.”

Section 508 of the Rehabilitation Act highlights the accessibility standards for federal government websites. The act also applies to the websites of the companies which are affiliated to the government contracts or receive federal government funding (for detailed information, check www.section508.gov).

The new laws still have many ambiguities such as where it says the “characters shall contrast with their background with either light characters on a dark background or dark characters on a light background”. However, this degree of contrast is open to subjective interpretation and varies from person to person.

The DOJ has often aimed at the Web Content Accessibility Guidelines (WCAG) 2.0 while settling investigations against non-governmental websites (see more about it on www.w3.org/TR/WCAG20). While Section 508 and WCAG 2.0 are not identical, they have similar principle and application.

Competing guidelines that are not final can make you go giddy, especially if you are not entirely aware of the ADA guidelines. So, if you have more grey areas than black and white and have found ‘subjective interpretation’ a highly confusing term when it comes to designing, let the Ananyoo team help you. 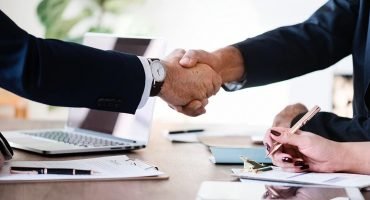 Why Should You know about the New Website Accessibility Lawsuits?